Our restaurant “The Farm Table” is located in the heart of the Eco-Farm. Most of the ingredients used in our Traditional Lao & Western Cuisine have been grown with love in our very own organic garden. We believe that there is energy in everything. There’s an exchange of energy between farmers who grow our food, there is energy between the chefs who cook our food and our waiters who serve it. There is even an exchange of energy when you are eating and drinking.

As well as using our fresh products in our restaurant, we also offer homemade teas, preserves and jams for you to take home. Laos is famous for it’s herbal teas and to help you decide which one you like the most, we have our tea tasting programs available at the restaurant. Please ask our waiters for more information. We preserve our herbs and fruits through our drying or dehydration station. These preserves can be used to make herbal or medicinal teas as well as delicious healthy snacks. Packaged and sealed they make an excellent and light weight present to take home.

The Farm Table Restaurant is trying to provide the right environment for positive energy to grow within all of us. 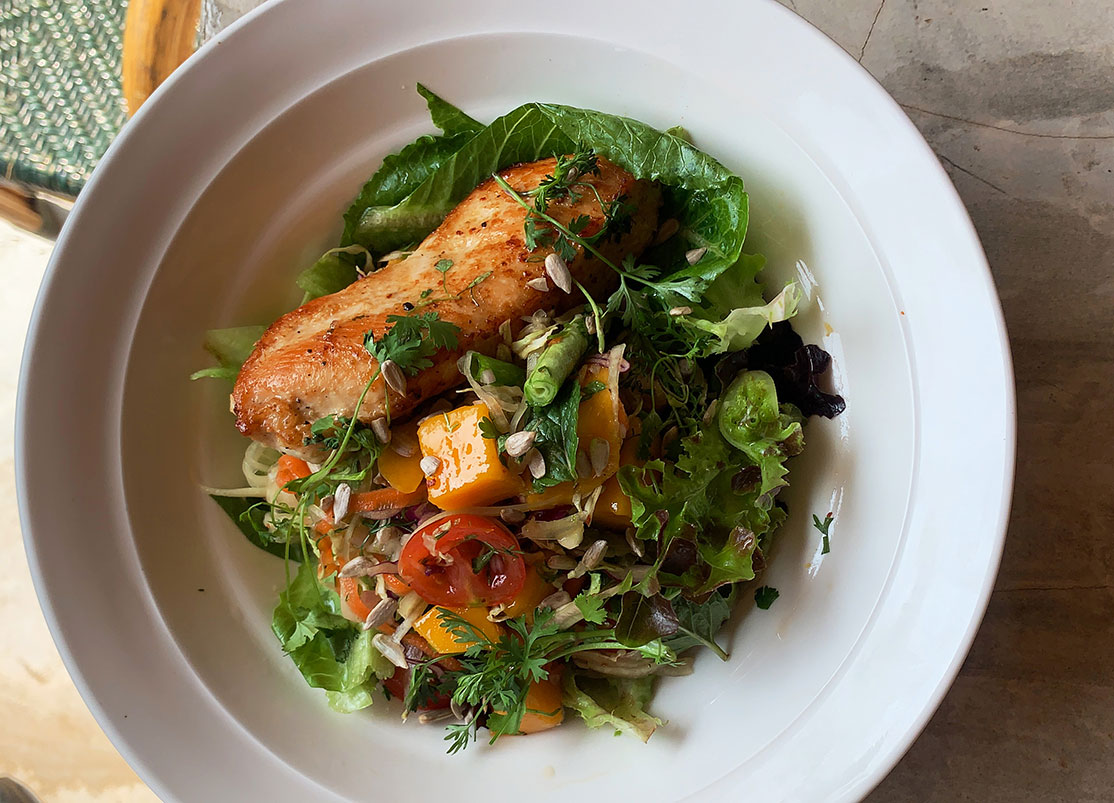 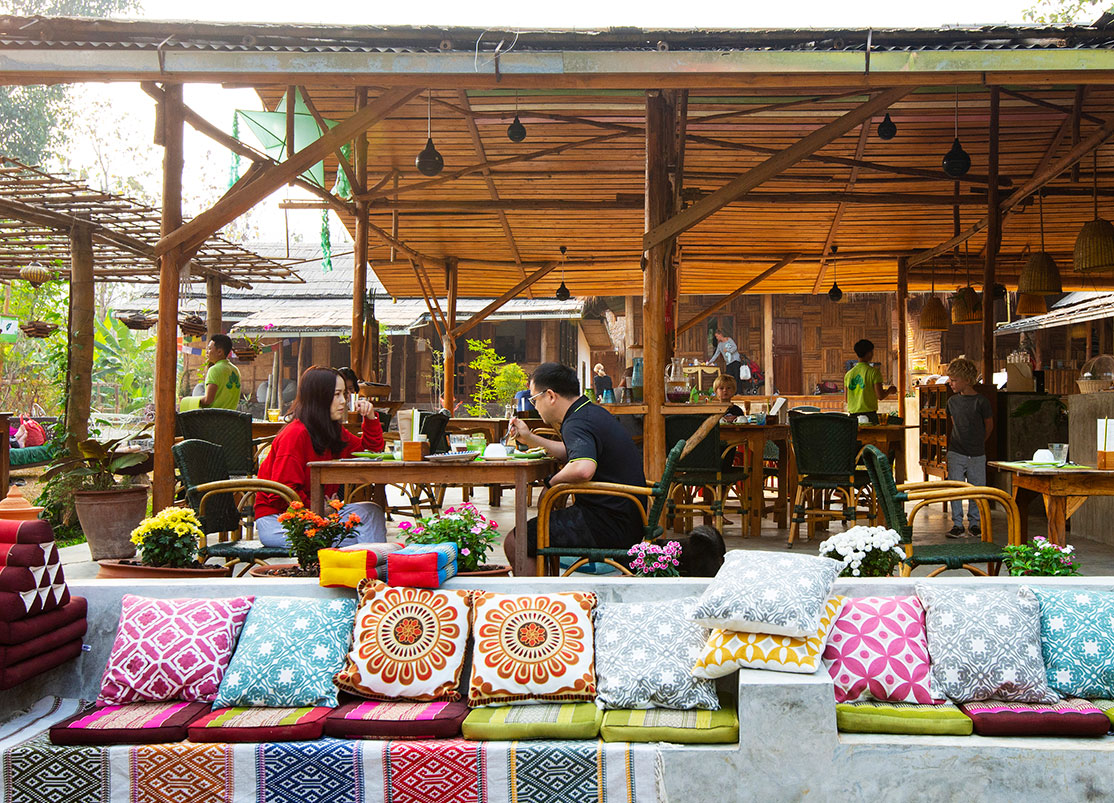 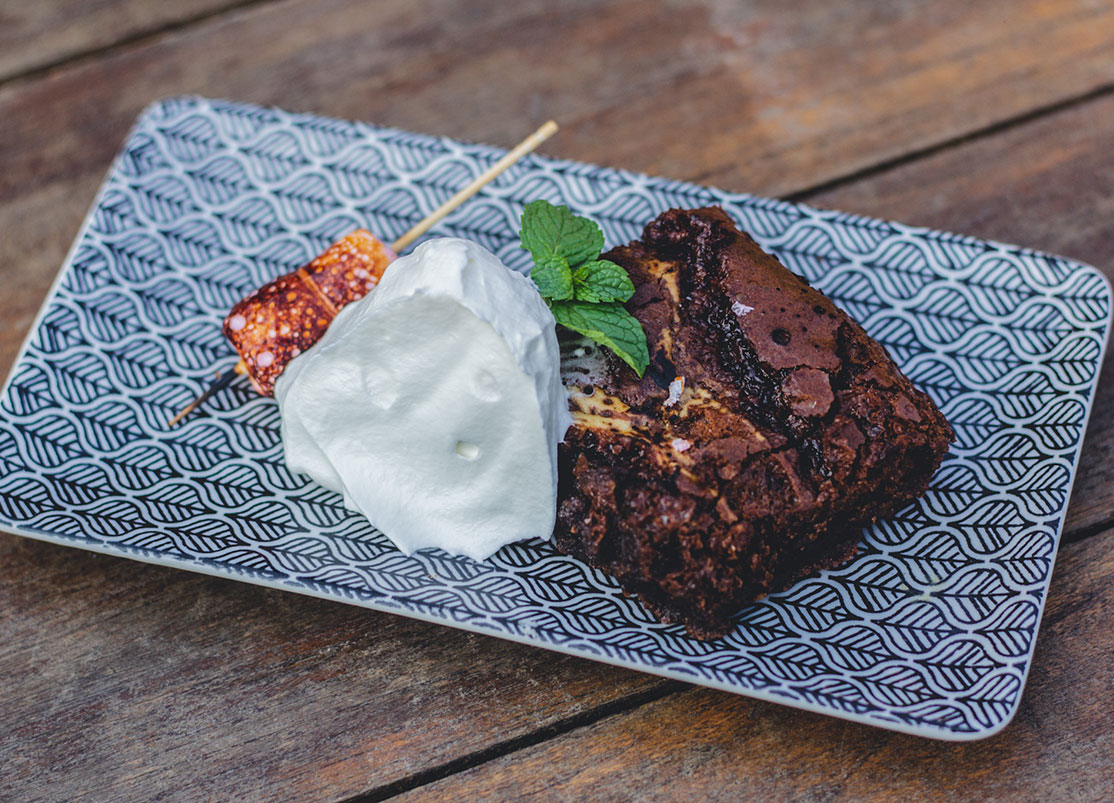 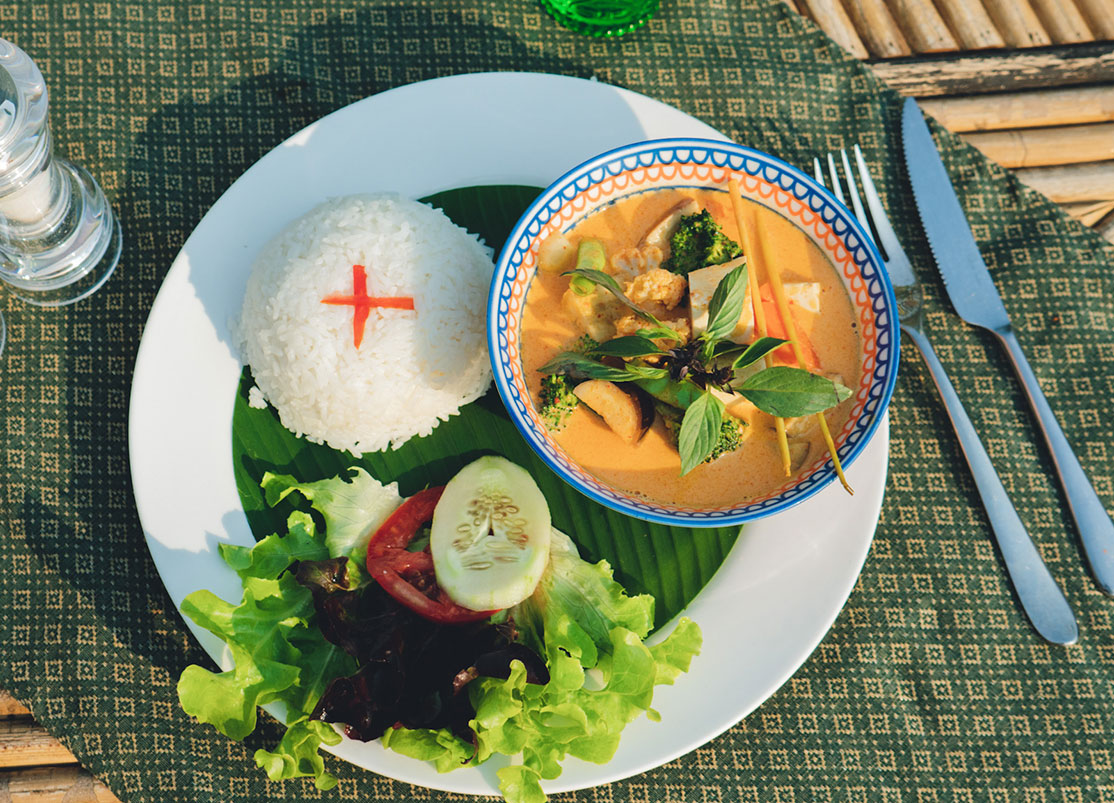 A big part as to why Tomoya’s passion for food & why he works in the kitchen boils down to his upbringing.
Raised by a single mother, his older brother and four older sisters it was always a team effort in the kitchen, Daily family meals were seldom prepared by a single pair of hands, most of the time it was a team effort. where everybody was expected to roll up their sleeves and get stuck in.

Scrambling eggs, peeling potatoes and more often then not patiently waiting for one of his sisters to give him the spoon to lick from whatever cake or masterpiece desserts they were creating.

‘Food and cooking have always been such a big part of what makes me, me.
Music & food, are the two things that i absolutely cannot live without.
Fortunately I spent much of my early and mid 20’s living between three of the globes finest culinary cities Tokyo, Hong Kong and London. Without a doubt these three cities influence what i do in the kitchen.
The irony being i wasn’t even working in the kitchen at the time.
During this time i was working prodomintely as a Dj.
Working in music I quickly discovered that so much joy can be had by providing somebody with a memorable sensory experience, weather it be through sight or sound a performer has the power to elevate a somewhat average situation into a moment that could potentially last for a very long time in somebodies memory.
The same goes for any cook in any kitchen. With enough love and attention we all posses the power to create something that looks, smells and tastes incredible.’

Still very new to Luang Prabang and Laos, Tomoya is obviously embracing the challenge and its clear to see that he is excited by the future of Namkhan ecolodge and the Farm table restaurant.

‘A beautiful eco hotel and nature reserve by the NamKhan river, was the perfect place to immerse ourselves in nature’

‘The Laotian food was amazing, all grown locally and absolutely delicious, the vegetarian dishes were exceptionally good’

‘An outstanding location with friendly and warm service’

‘Wonderful place in a safe and healthy untouched surrounding’

‘This place was AMAZING!! Namkhan Is extremely unique in their combination of eco-ethics and affordable luxury’

‘"Exceptional" Great place to stay in Luang Prabang, recommended if you like tranquility’